The assisted suicide movement is, if anything, indefatigable. Not only is it undeterred by its failures, but it is now more energized than any other time in recent years. By the end of March of 2015, bills were introduced in twenty-five state legislatures to legalize assisted suicide.

Many people remain confused about the exact nature of assisted suicide advocacy, sometimes confusing it with other medical issues involving end-of-life care. Thus, to fully understand the subject, we must distinguish between ethical choices at the end of life that may lead to death and the poison of euthanasia/assisted suicide.

1.      Refusing unwanted medical treatment is not assisted suicide: Fear of being “hooked up to machines” when one wishes to die at home has traditionally been a driving force behind the assisted suicide movement. But we all have the right to refuse medical interventions—even if the choice is likely to lead to death. Thus, a cancer patient can reject chemotherapy and a patient dying of Lou Gehrig’s disease can say no to a respirator.  Indeed, in 1997, the U.S. Supreme Court ruled unanimously that the right to refuse medical treatment is completely different from assisted suicide.[9]

2.      Assisted suicide/euthanasia is not the same as medical treatment for pain control: Because pain control may require strong drugs, which can cause death, assisted suicide advocates often claim that palliation and euthanasia are ethically the same under the “principle of double effect.” But this is all wrong:

3.      Assisted suicide/euthanasia is antithetical to hospice: Hospice was founded by the great medical humanitarian Dame Cicely Saunders in the late 1960s as a reform movement to bring the care of the dying out of isolated hospitals and into patients’ homes or non-institutional local care facilities. Its purpose is to provide dying people with proper treatment of pain and other disturbing symptoms as well as to render spiritual, psychological, and social support toward the end that life be lived as fully as possible until natural death.

In contrast, assisted suicide is about rushing death, making it happen sooner rather than later through lethal actions. Or to put it another way: Hospice is about living. Assisted suicide/euthanasia is about dying. As the noted palliative care expert and assisted suicide opponent Dr. Ira Byock has written, “There’s a distinction between alleviating suffering and eliminating the sufferer — between enabling someone to die gently of their disease and ending that person’s life with a lethal pill or injection.”

4.      Assisted suicide/euthanasia are acts that intentionally end life: In contrast to the above, the intended purpose of assisted suicide and euthanasia is to end life, e.g., to kill. In assisted suicide, the last act causing death is taken by the person who dies, for example, ingesting a lethal prescription of barbiturates. In euthanasia, the death is a homicide, an act of killing taken by a third person, such as a doctor injecting a patient with poisonous drugs.

From an Investigators Standpoint

With the above statements we can see that the topic of assisted suicide is at best conversional.  As a death investigator, our job is simple; to report the facts and the facts only.  However, it is well understood that our own emotions and bias on the topic can and will play a role in how we approached these scenes. The investigators must guard against allowing these personal feelings to interfere with the proper reporting and interpretation of  the scene.

It is  a good suggestion to have a conversation with your  prosecuting attorney and a review of your agency policy to see how best to proceed in these cases. You should always report all facts in the case, but having a better understanding of how you are expected to proceed may well help in your overall review of the case.

No matter what decision  your Prosecuting Attorney goes, some members of the deceased family will invariably not agree with the decision.  This is why it best to do a proper and complete investigation, report all and only, the facts – and let those responsible for making these critical decision do their job. You, as the investigator , can rest in the knowledge that you have done your job and can properly explain to the family exactly what took place and why decision  are made based upon these facts.  Many family members may still not agree with the outcome, but it is much better for them to have the facts than them come up with their own set of “facts’ as they see it. 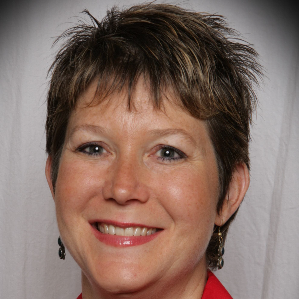