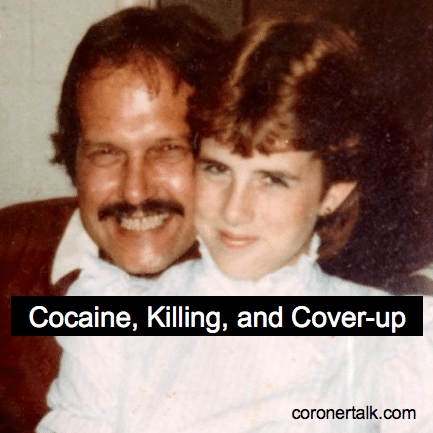 The question in this series is whether law enforcement ignored certain facts because it did not fit a pre-textual narrative or were simply instructed to look the other way resulting in  known facts and evidence never being considered. All this goes into the question of cocaine, killing, and coverup.

In this episode I break down the pathology facts of the case as reported by the police, medical examiner and witnesses.  I cover the known and undisputed facts and start to point out some discrepancies with the investigation.  As we progress through this series it will up to you to decide if a cover-up occurred or was it just bad police work, or did Dennis Flowers actually commit these crimes.

Not for commercial use. Solely to be fairly used for the educational purposes of research and open discussion.

CLINTON’S TIES TO CONTROVERSIAL MEDICAL EXAMINER QUESTIONED
By JAMES RISEN and EDWIN CHEN, TIMES STAFF WRITERS
Los Angeles Times; Part A; Page 1; Column 2; National Desk
May 19, 1992, Tuesday, Home Edition
The governor and his board declined to fire Malak despite more than four years of public criticism of Malak’s work. The record shows that Malak testified erroneously in criminal cases, that his rulings were reversed by juries and that outside pathologists challenged his findings. In one instance, he misread a medical chart and wrongly accused a deputy county coroner of killing someone. In another, he based court testimony on tissue samples that DNA tests later indicated had been mixed up with other tissue samples.

* The Allbright case. On June 28, 1985, Raymond P. Allbright, 50, of Mountain Home was found in his yard dead of gunshot wounds. Allbright had been arrested the night before on charges of theft. Malak ruled his death a suicide.

But Allbright had been shot five times; all five shots were in the chest. The weapon was a high-powered pistol. “We think,” says Maggie Hall, Allbright’s ex-wife, “he was murdered.”

Malak’s attorney, Larry Carpenter, says the pistol was a semiautomatic capable of rapid fire and that the pattern of wounds “suggested the shots were fired in rapid succession.”

* The Ives-Henry case. On Aug. 23, 1987, Kevin Ives, 17, and Don Henry, 16, were run over by a train near the town of Alexander. They had been lying squarely on the tracks. Malak ruled that they had been smoking marijuana and dozed off and had slept as the onrushing freight train bore down.

But a second autopsy indicated that Henry had been stabbed in the back, that Ives had been struck on the skull and that both boys probably had been placed on the tracks unconscious, maybe already dead.

A grand jury overruled Malak: The boys had been murdered.

In response, Carpenter, Malak’s attorney, says: “Dr. Malak has said he doesn’t believe anybody laid a finger on those boys.”

* The Malcolm case. On June 14, 1989, Andrew Smith, 59, who police said had shot himself, was declared brain-dead at University Hospital in Little Rock. Life support was withdrawn. A week later, Malak told officers that the order to end life support was given by a deputy county coroner, Mark Malcolm, who had not consulted Smith’s family — and that he would have to rule that “Malcolm killed him.”

Police investigating Malak’s accusation discovered that the attending physician had used a medical symbol on Smith’s chart to show that life support was ended “after” the family had been consulted. The director of the state Health Department said Malak apparently had mistaken the symbol to mean “without” family consultation and apparently had misread the chart to mean that permission to end life support had come from Malcolm.

Carpenter says that Malak “apologized for his mistake.”

* The Stephens case. On Aug. 18, 1990, Gregory Stephens, 25, of Hot Springs, was fatally shot while he was on the front porch of his home. Prosecutor Paul R. Bosson brought Ernest D. Lemons, 21, a parolee, to trial on a murder charge.

Witnesses said that Stephens had been shot from the street, 40 feet away.

When Malak took the stand, he said that Stephens had been shot point-blank. Deputy Prosecutor Bruce MacPhee was stunned. He knew his case was doomed — and he asked that charges be dismissed.

Prosecutor Bosson, angry at being blindsided, sought an evaluation from three outside pathologists. Each said that Stephens hadnotbeen shot point-blank, and one said it seemed that Malak had studied the wrong tissue samples.

A DNA analysis confirmed that either blood samples or the tissue samples that Malak used had come from another corpse.

Carpenter says that Malak was “shocked” by the DNA results.

In the face of mounting evidence that Malak’s performance was questionable, Clinton persisted in ignoring or deflecting criticism aimed at Malak and the job he was doing.

Interviews by The Times with Malak critics and state officials, as well as a review of Clinton’s public statements, show that:

* After a grand jury overruled Malak in the Ives-Henry case, Clinton hired two out-of-state pathologists to review Malak’s performance. They gave him high marks and said he should get a raise.

But the visiting pathologists were paid $20,000 from Clinton’s discretionary fund. And one said at the time that he and his colleague agreed during meetings with state officials, including Betsey Wright, Clinton’s chief of staff at the time, not to conduct a systematic review of Malak’s cases.

* After Malak falsely accused Malcolm, the deputy county coroner, of killing the man who was taken off life support, Steve Nawojczyk, the Pulaski County coroner and Malcolm’s boss, complained to Clinton. Clinton suggested only that Malak apologize.

I am a law enforcement officer. I believe strongly that most police officers do their job in the best way possible. Given the current anti-police  climate of America today, I do not wish to have this series be seen as another anti-police story, 1984 was a very long time ago.   I also know however, that pressure from above (certainly if corrupt)  can be applied to modify or change facts in a case.

This series will point out facts known to investigators and reported in certain documents and reports, yet either never acted on, ignored, or changed in subsequent reports.  The decision as to whether anything was done wrong will be yours – I will simply point out the facts and non-facts as reported.

Help us learn more about our community.

Take this short 10 question survey to help  us tailor our podcast and training for you.

FingerSCAN DecedentID was designed and developed specifically for Coroners and Medical Examiners. This mobile application runs on various Android smartphones and tablets and works with the Integrated Biometrics Watson Mini fingerprint scanner. This solution is sold exclusively through WoVo Identity Solutions.

USE DISCOUNT CODE  coronertalk and save $50 .  This is limited time spring 2017 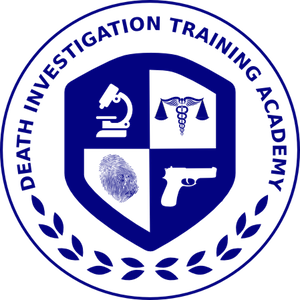 Death Investigation Training Academy  has one goal; to provide the highest quality training using the most modern methods and technology. Death Investigation is all we do !  Many training agencies are well rounded and can fulfill the training needs in nearly every category of public policing and investigation.  At DITA we concentrate on death investigation and everything surrounding those investigations.  By becoming hyper-focused in this field we are better able to provide  intense and  specific training you and your investigators need.