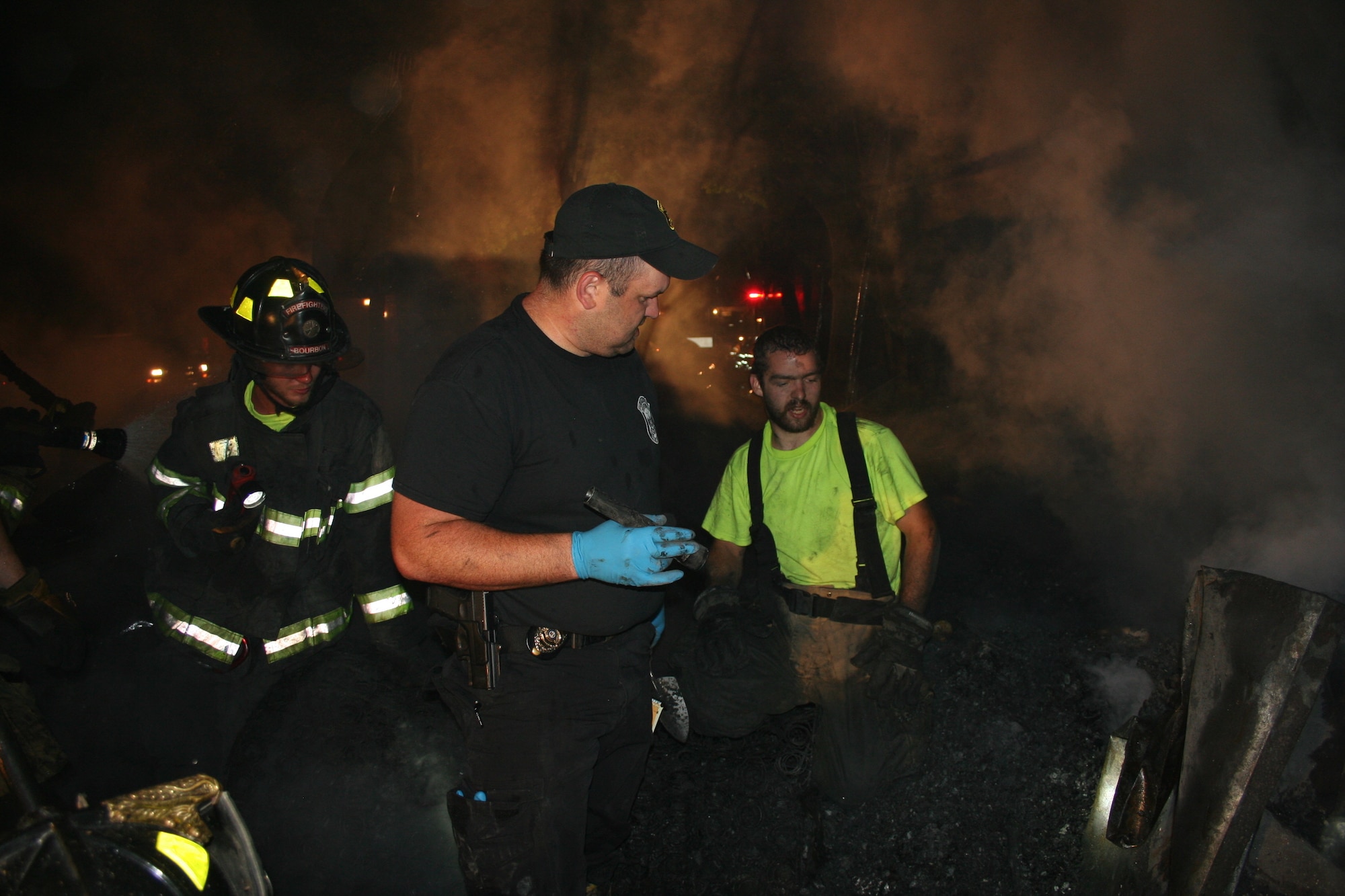 As death investigators, a time will come when you must work a death related to a structure fire.  You have a job to do and evidence needs to be secured and protected. However, in these circumstances command and access issues can arise and “egos” can disrupt the calm flow of an investigation.

One way, and maybe the most important way, to look at these scenes is, as long as smoke is showing, the fire department is in control. Even after the flames are no longer dancing through the structure, the building remains unsafe.  In instances such as this fire commanders are your best option for safety decisions.

We all understand that Police take ‘control’ of the surrounding area keeping people at a safe distance as well as protecting the wider venue of the scene. After all, until it is determined if a crime was committed they (police) are still responsible for the scene.  But what about the Coroner/Medical Examiner investigator?  Aren’t they responsible for the most important piece of evidence at the scene, the body?  Where do they fit into this command structure?  Further, how does what Fire and Police do affect what the MDI needs.

Every fire scene has an incident command area, some are more structured than others and much of that depends on the scene as well as local policy and fire command training. But to some degree someone is usually in charge somewhere on the fire ground.

According to Chief Pete Lamb of The Firefighter Training Podcast, the best option is that every incident command area be manned by a representative of every agency on scene. Police, Fire, C/ME, EMS, etc.   When this occurs, decision can be made and communications can be had, that will be in the best interest of all parties, or at least be known immediately by all agency commanders.

It is also highly suggested that Coroner and MDI’s take the NIMS (National Incident Management System)  training. This will ensure that everyone on the scene is familiar with what incident command  should look like and how to structure a command operation.

In this episode I talk with Chief Pete Lamb about incident command operations and how fire fighters and MDI’s can work through possible command obstacles prior to a fire scene.  We also talk about scene preservation and evidence control techniques in an active fire.

MLDI online Academy  is a Nationally Accredited online training designed to teach all aspects of death investigation and scene management. Unlike any other coroner training today,  this course offers a blended learning style combining online self-paced video  training, along with opportunities of live interaction with instructors several times throughout the program, and a unique private facebook group open only to students of Coroner School™ where everyone can interact and ask questions.

MLDI online Academy  is a six week guided course with certified instructors. However, at the end of the six weeks you still have access to all videos, downloadable material and the private facebook group. You can return to the online school  anytime to finish up the courses or as a refresher in certain topic areas. 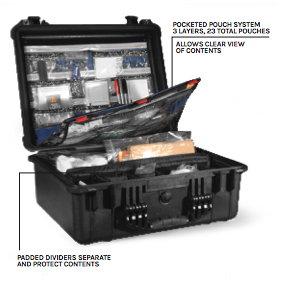 This kit is equipped to collect fragile evidence such as DNA and fibers, take post mortem temperatures, document the scene through photography and sketching, as well as properly collect, transport, and store material evidence.

This MLDI Kit can be used in large agencies for multiple MDI’s or one single kit for a smaller agencies. Packaged in a sturdy Pelican carry case with custom dividers and a pocketed pouch system. Built strong to withstand the demands from scene to scene.