concern, but under-recognized, a public health problem of distressing and harmful resident-to-resident interactions in dementia in long-term care homes (LTC) (such as nursing homes and assisted living residences), is a major issue facing many countries today.  This increase can, in part, be attributed to the growing population of older adults from the Baby Boom generation. These resident-to-resident incidents frequently lead to injurious and fatal consequences for vulnerable and frail elder residents.

For various reasons, these incidents are often underreported inside and outside the LTC home (such as to the Department of Health/state regulatory agency, police, and Coroners/Medical Examiners). Death investigators should play a critical role in timely and skilled investigations of these incidents. However, serious gaps in resources and training are a major barrier to change as they are the reality for many Coroner and Medical Examiner Offices and Law Enforcement Departments in the U.S. and abroad.

Improved communication and timely collaboration between external agencies is essential to addressing this phenomenon more effectively. A timely and skilled investigation can assist tremendously in determining the cause of death (which is critically important to family members of the deceased) and can also inform policy, legislation, systemic efforts, and training programs aimed at preventing similar tragic incidents in the future.

Death of Elders Due to Resident-to-Resident Incidents research findings poster. 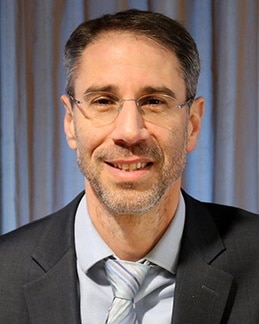 Eilon Caspi, Ph.D., is a Gerontologist and Dementia Behavior Specialist. He started working in the aging field in 1994 as a nurse aide in a nursing home where his grandfather lived. Both of his grandmothers had dementia. He later worked as a social worker with elders with low income at the Department of Social Services for Elders, Tel Aviv Municipality, and then at a long-term care home for elders with dementia in the city of Jaffa. His work applied research, volunteering, and advocacy focuses on enhancing the quality of care, quality of life, and safety of people living with dementia as well as supporting and educating their family and professional care partners. His passion is in bridging between academia/research and practice.