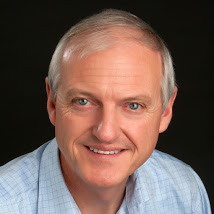 There are actually three different times of death:

The only absolutely accurate determination of the time of death is the uncommon circumstance in which a person died with a physician or other skilled medical professional present. The doctor could make the determination and mark the time, and even this is assuming his watch or the clock on the wall was accurate. But that little inaccuracy aside, a death witnessed in this fashion is the only time that the three above times of death would correlate with one another.

Otherwise, it is impossible to determine the exact time of death. But what if someone witnessed the fatal blow or gunshot or what if the event was recorded on a timed surveillance camera, wouldn’t that accurately mark the time of death? The answer is a qualified yes. If the witnessed event led to immediate death, then the witness would have seen the actual death. If not, the witnessed event is simply the trauma that led to death but not the actual moment of death. People can survive massive and apparently lethal injuries for hours, even days or years.

But most deaths are not witnessed. Natural death may come during sleep, and accidental and suicidal deaths often occur when the victim is alone. In homicides, the perpetrator is typically the only witness and he rarely checks his watch, and even if he did, he’s not likely to talk about it. This means that when the medical examiner must determine the time of death he can only estimate the approximate time.

These times of death may differ by days, weeks, even months, if the body is not found until well after physiologic death has occurred. For example, if a serial killer killed a victim in July, but the body was not discovered until October, the physiologic death took place in July, but the legal death is marked as October, since that is when the corpse was discovered and the death was legally noted. The medical examiner estimated that the time of death could be July, or it could be June or August. It is only an estimate and many factors can conspire to confuse this determination. But, it is critically important for the medical examiner to be as accurate as possible.

The Importance of the Time of Death
An accurate estimation of the time of death can lead to discovering the identity of the assailant. In criminal cases, it can eliminate some suspects while focusing attention on others. For example, a husband says that he left for a business meeting at 2 P.M. and returned at 8 P.M. to find his wife dead. He says that he was home all morning and that she was alive and well when he left. If the ME determines the time of death was between 10 A.M. and noon, the husband has a great deal of explaining to do. On the other hand, if the estimation reveals that the death occurred between 4 and 6 P.M., and the husband has a reliable alibi for that time period, the investigation will move in a different direction.

The time of death is not confined to criminal investigations; it can also come into play in civil situations. Insurance payments may depend upon whether the insured individual were alive at the time the policy went into effect or if he died before the policy expired. Even a single day can be important. Likewise, property inheritance can hinge on when the deceased actually died. Suppose two business partners die near the same time. Their contract may read that the company assets go the survivor if one of them dies. In this case, the heirs of the one that died last would own the company assets. Similarly, the dispersal of property under a will might be affected by which partner died first.

Determination of the Time of Death
Determining the time of death is both an art and a science and requires that the medical examiner use several techniques and observations to make his estimate. As a general rule, the sooner after death the body is examined, the more accurate this estimate will be.

Unfortunately, the changes that a body undergoes after death occur in widely variable ways and with unpredictable time frames. There is no single factor that will accurately indicate the time of physiological death. It is always a best guess. But when the principles are properly applied, the medical examiner can often estimate the physiologic time of death with some degree of accuracy.

To help with his estimation, the ME / Coroner utilizes various observations and tests, including:

Body Temperature
Normal body temperature is 98.6 degrees Fahrenheit. After death, the body loses or gains heat progressively until it equilibrates with that of the surrounding medium. Since corpse temperature can be easily and quickly obtained (see page XX), the search for a formula that uses this parameter to define the time of death has been sought for years. As early as 1839, English physician John Davey undertook the study of corpse heat loss in London, and as late as 1962, T.K. Marshall and F.E. Hoare attempted to standardize this analysis when they established a computerized mathematical formula known as the Standard Cooling Curve. In the intervening years, and even since Marshall and Hoare, many others have attempted to devise similar schemes. Unfortunately, none of these have proven to be any more accurate than the current formula for heat loss of 1.5 degree per hour.

This approximate rate of heat loss continues until the environmental temperature is attained, after which it remains stable. That sounds simple enough.

Unfortunately, it’s not quite that straight forward. The 1.5-degree-per-hour factor varies, depending upon the environment surrounding the body, the size of the corpse, clothing, and other factors. For example, a body in a temperate room will lose heat much more slowly than will one in an icy, flowing stream. And a body in a hot environment, such as an enclosed garage in Phoenix, Arizona, in August, where the ambient temperature could be 125 degrees Fahrenheit or more, will gain heat. The key is that the corpse will lose or gain heat until it reaches equilibrium with its environment.

The coroner’s technician who processes the corpse at the scene takes a body temperature, and also measures the temperature of the surrounding medium—air, water, snow, or soil (if the body is buried). Ideally, the body temperature is taken either rectally or by measuring the liver temperature, which may be a more accurate reflection of the true core body temperature. This requires making a small incision in the upper right abdomen and passing the thermometer into the tissue of the liver. This should only be done by a trained individual and under the direction of the medical examiner. Care should be taken not to alter or destroy any existing wounds on the body. Some people have suggested measuring the core temperature by inserting the thermometer into a knife wound or gunshot injury to negate the need to make a new incision. This should never be done because the introduction of any foreign object may contaminate or alter the wound, which can be key evidence in the case. For practical reasons, the rectal temperature is usually taken.

The sooner after death the body is found, the more accurately time of death can be assessed by this method. Once the body reaches ambient temperature, all bets are off. But even if done correctly and soon after death, body temperature determination is subject to several sources of inaccuracy.

A dead body looses heat passively by three distinct mechanisms: radiation (heat lost as infrared heat rays), conduction (heat passed on to any object that contacts the body), and convection (heat lost into the moving air). The state of the corpse and the environmental conditions greatly affect the rate of heat loss.

Obesity, heavy clothing, warm still air, exposure to direct sunlight, and an enclosed environment slow heat loss. Fat and clothing make good insulators, so an obese person in a sweater will lose heat much more slowly than would a thin, unclothed corpse exposed to cold or moving air, water, or shade. Children and the elderly tend to lose heat faster, as do those who are chronically ill or emaciated. If the body is in contact with cold surfaces such as marble or cool concrete, heat loss will be greater.

There’s still one more curve ball: Several days after death, as fly maggots begin to feed on the corpse, their activity and internal metabolic processes can at times raise the temperature of the corpse. This should not be a problem for the forensic investigator, though, because once this insect activity is that far advanced body temperature is no longer of use.

As you can see, heat loss is fraught with inaccuracies. Still, with early and careful measurement of the core body temperature and consideration for the conditions surrounding the corpse, a reasonably accurate estimate can often be made.

Let’s say two people are murdered in a home in Houston, Texas, during late summer. The bodies are discovered four hours after death. One body is left in the garage where the ambient temperature is 110 degrees Fahrenheit, while the other is in the living room where air conditioning holds the temperature at 72. The corpse inside would lose heat at about 1.5 degrees per hour, so that if the medical examiner had evidence that the death had occurred four hours earlier, he would expect to find a core body temperature of approximately 92 to 93 degrees.

If he found a different core temperature, he would revise his estimate. But what if the victim were very old or young, thin, unclothed, or lying on a cold tile floor near an air conditioning vent? Under these circumstances, the heat loss would be more rapid. The core temperature could be 88 to 90 degrees, perhaps even less. If the medical examiner failed to consider these mitigating factors, an erroneous estimate of the time of death could result. For example, if the core temperature was 88 degrees and he failed to adjust for the environmental conditions around the body, he could estimate that approximately seven hours had elapsed since death.

An estimate of six to eight hours is quite different from an estimate of three to five hours. The killer may have an iron clad alibi for the former time period, and easily could since he hadn’t arrived at the crime scene at that time. He could have been having lunch with twenty people. But only four hours later, he might not have such an alibi.

What of the body in the garage? The ME would expect the corpse to gain heat at the same rate of 1.5 degrees per hour. Thus, the core temperature should be approximately 104 degrees Fahrenheit, or perhaps even higher.

8-12 hours: …….Rigor mortis established throughout the body, extending to arms and legs

24 hours: ……….Rigor mortis begins to disappear from the body in  roughly the same order as it appeared.

6 comments on “Determining Time of Death”