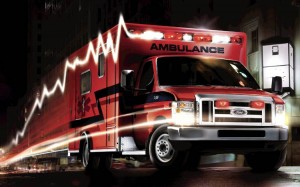 The moment you step out of your rig – you’re in the crime scene.

The most important aspect of evidence collection and preservation is protecting the crime scene. This is to keep the pertinent evidence uncontaminated until it can be recorded and collected. The successful prosecution of a case can hinge on the state of the physical evidence at the time it is collected. The protection of the scene begins with the arrival of the first responder or EMS crew at the scene and ends when the scene is released from police custody.  What EMS does, or does not do, can have a lasting impact on the crime scene.

Planning ahead can save countless hours of investigation and re-work of a crime scene.  Plan as you’re in route to the scene, plan your entry upon arrival, and make mental and physical notes of your observations.  Child and infant deaths hold an even greater level of responsibility for perception of the scene.

In the episode we talk about ems responsibilities at crime scenes and what you should plan on and look for.  EMS and first responders are part of any criminal investigation where they were called to. As such, it is likely you will be called into court for your witness testimony. What you do and don’t do at a crime scene can have great impact on you and your agency.